Commemorating Anzac Day at the Diggers 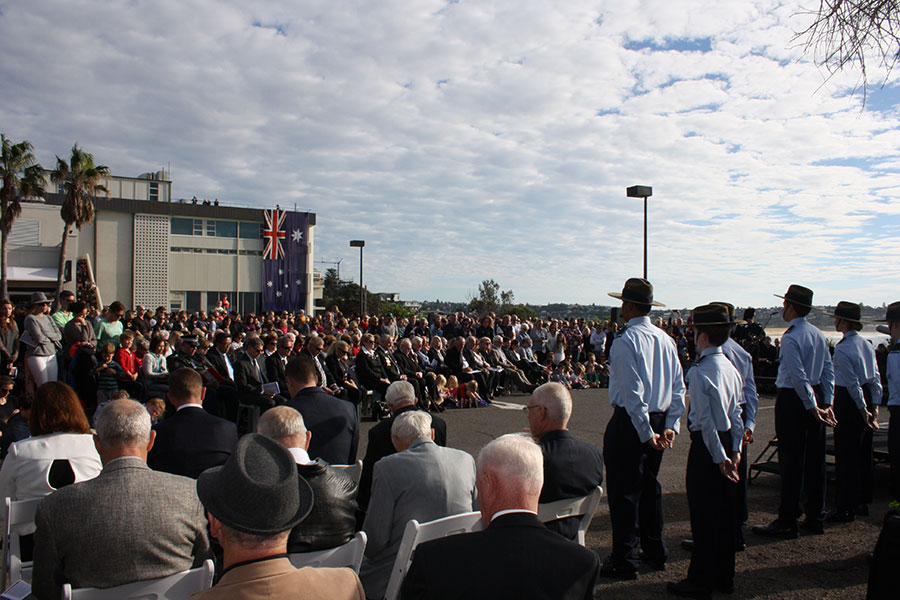 ANZAC Day on the Northern Beaches is synonymous with Harbord Diggers and the iconic Freshwater club is once again preparing to host another huge schedule of ANZAC Day events on Tuesday 25 April 2017.

Founded by a group of WWI diggers over 80 years ago, Harbord Diggers is steeped in history. The iconic club is renowned for its annual ANZAC Day events, which include a special morning remembrance service, followed by Australia’s biggest game of two-up from midday.

Harbord Diggers General Manager Dale Hunt said that Harbord Diggers is excited to commemorate ANZAC Day this year as it continues to build its legacy with the development of a new state of the art venue.

“Construction of Stage One building works is well on track and our temporary club venue is ready to host another historic ANZAC Day at Harbord Diggers, starting with our morning ANZAC service which commences at 8am,” said Dale.

“While we strive to respect and honour our digger legacy every single day of the year, ANZAC Day is an opportunity for the entire community to come together to commemorate and pay tribute to our fallen soldiers and honour those who continue to risk their lives for our country.

“Our morning service is an especially important annual tradition at Harbord Diggers and will include a traditional march, wreath laying ceremony and jet flypast.

“We are also very excited to be welcoming back the Sydney Philharmonia’s VOX choir for the third consecutive year. This talented group will be conducting three performances during our morning service,” said Dale.

The Harbord Diggers ANZAC service will be held in the eastern car park of the club commencing at 8am sharp and will be followed by what is widely recognised as Sydney’s and Australia’s largest game of two-up from 12pm.

“The two-up ring at Harbord Diggers draws an enormous crowd each year that is second to none. It is a truly special experience and we invite all our members and their guests to join us this year,” Dale added.

To avoid disappointment, community members interested in attending are encouraged to ensure they have a valid Mounties Group membership prior to the day.

“Due the popularity of two-up at the Diggers, only members and one guest may be permitted on the day, so we are encouraging locals to renew their membership or join for just $24 for 5 years to ensure they don’t miss out,” concluded Dale.