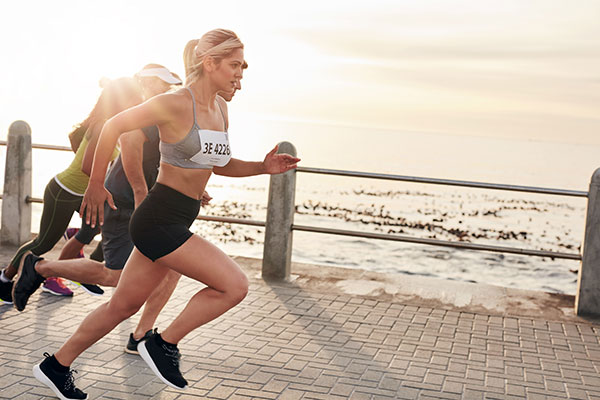 South Curl Curl Surf Life Saving Club will celebrate 100 years of saving lives by hosting its first surf carnival in 17 years, including the return of the renowned World’s Richest Beach Sprint “The Curl Curl 1000”, attracting elite competitors from across Australia.

Due to the significance, prizemoney and nostalgia of The Curl Curl 1000, more than 50 competitors from surf clubs across the country are expected to compete in the 2018 return of the race.

Alongside the national title, The Curl Curl 1000 was the most prestigious beach sprint in Australia for nearly 30 years since its inception in 1973.

“It’s South Curly’s 100th year and what better way to mark this significant milestone than by bringing back The Curl Curl 1000,” carnival organiser Steve Hall says.

“Thanks to our race sponsor Bendigo Bank Freshwater Community Branch, the 120-yard (110m) race has retained its prestigious standing as the World’s Richest Beach Sprint with the winner taking home to their club not only the kudos that comes with the title, but also $1000 in prizemoney. Second place banks $700 and third place $300. We’ll also be running both male and female sprints with the winners of both races taking home the prizemoney,” said Hall.

In previous years the race featured Australia’s best beach sprinters who travelled from all parts of the country to South Curly lured not only by the prizemoney, but the fact it was a virtual Australian championship race. This year’s event will attract the same calibre of competitors including four-time - and reigning - Australian Beach Sprint Champion and 2014 World Champion, Jackson Symmonds from Sorento in Western Australia.

“It looks like it's going to be a really hot field. It's great to have a virtual Australian final field for your first hit out for the season," Symonds said.

“The likes of Surfers Paradise great Warren Peters and multiple Australian champion Clayton Kearney, who arrived by helicopter for the 1985 carnival, tried many times but couldn’t crack Picard’s record. We’re thrilled to announce that Ken will present the medal to the 2018 champion and we’re hoping, after more than 40 years, to see a new record set!” said Hall.

The carnival is made possible by its major sponsor, Harbord Diggers, and features events including surf boats, swim, board and ski races, beach sprints and relays across Opens, Masters and U17 age groups, as well as a customary March Past and a series of ‘retro’ novelty events including pillow fights, tug-o-war and chariot races.

“Harbord Diggers has been a long-time supporter of surf lifesaving on the Northern Beaches. Having just launched our new club up the road, we are thrilled to be able to celebrate again, this time in honour of South Curl Curl SLC,” said Kevin Ingram, President of Mounties Group and Harbord Diggers.

The surf carnival and surrounding events are in celebration of the colourful and wonderful 100-year history of South Curl Curl SLSC. For a century it has been a progressive club. It was the first to have cadets, filling a gap in membership during WWII; it was the first to have an all-female March Past team in 1941; it was among the first to have nippers in 1963; and was one of the driving forces behind women being finally allowed to earn their bronze medallion in 1980. South Curly has also hosted over 70 carnivals since 1921, many attracting more than 10,000 spectators.