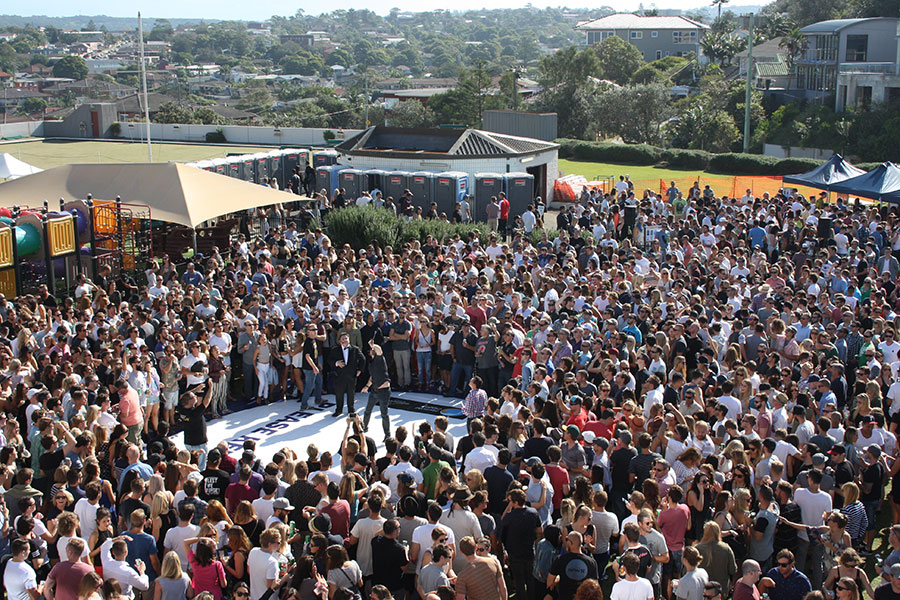 Northern Beaches’ club Harbord Diggers will once again be hosting Australia’s, and possibly the Southern Hemisphere’s, largest two-up arena as part of its ANZAC Day events on Tuesday 25 April 2017.

Founded by a group of WWI diggers more than 80 years ago, Harbord Diggers is renowned for its ANZAC Day traditions, with its annual two-up tournament alluring thousands of punters to its iconic Freshwater headland each year.

This year will see the Harbord Diggers carpark transformed into a giant two-up ring, with the two-up action kicking off from 12pm led by resident Ringmaster Matty ‘V’ Vandenbergh.

Harbord Diggers General Manager Dale Hunt said that ANZAC Day at the club has been a long standing tradition and people from far and wide travel to be a part of the historic day.

“The two-up ring at Harbord Diggers draws an enormous crowd each year that is second to none.

“It is a truly special experience and we invite all our members and their guests to join us this year,” said Mr Hunt.

Aside from two-up, Harbord Diggers will also offer a range of other ANZAC Day activities, including a morning service and parade which will commence at 8am.

“We are extremely proud of our diggers heritage and both our morning remembrance service and two-up game are important ANZAC traditions at the Diggers.

“We are also very excited to be welcoming back the Sydney Philharmonia’s VOX choir for the third consecutive year, who will be conducting three performances during our remembrance service and march,” he added.

To avoid disappointment of not being able to take part in Harbord Diggers’ ANZAC Day events, those interested in attending two-up are encouraged to ensure they have a valid Mounties Group membership prior to the day.

“Due the popularity of two-up at the Diggers, only members and one guest may be permitted on the day, so we are encouraging locals to renew their membership or join for just $24 for 5 years to ensure they don’t miss out,” concluded Mr Hunt.

For more information on Harbord Diggers’ ANZAC Day events, contact the club on 02 99381444 or visit www.harborddiggers.com.au.