New Harbord Diggers named Development of the Year - Mixed Use 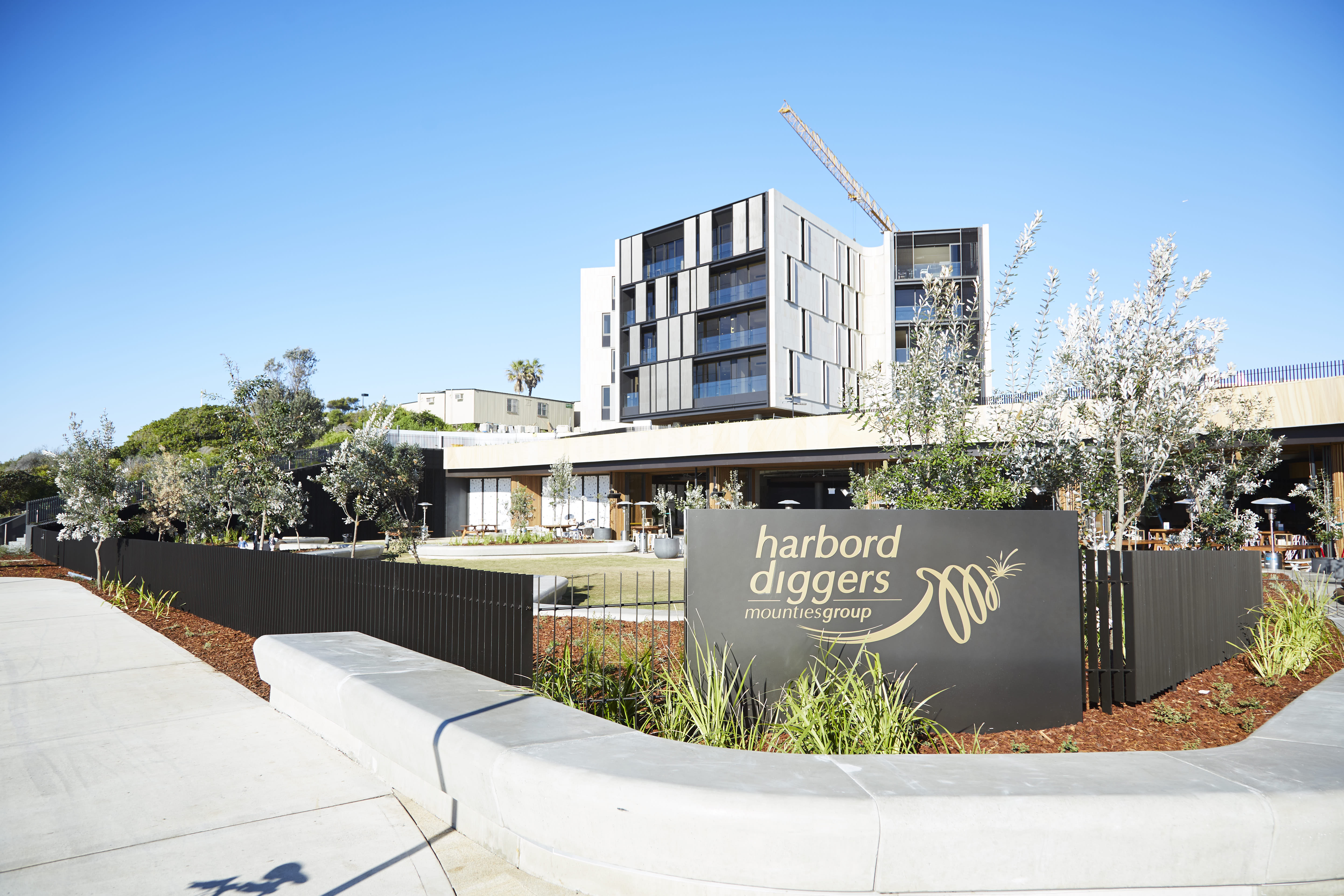 The new Harbord Diggers has been nationally recognised, winning the Development of the Year - Mixed Use Award at the Urban Developer Awards held on Wednesday 19 September.

The Urban Developer Awards provide a platform for Australian and New Zealand developers and project managers to celebrate leadership and success in the industry and showcase the people, programs, places and projects that are positively shaping our cities.

Mounties Group’s transformation of the former Harbord Diggers registered club was submitted in the awards by project manager, Cerno in conjunction with development manager, Philon.

Nominated alongside five other finalists in the Mixed-Use category, the new Harbord Diggers was up against a range of large, mixed use projects across Australia including V by Crown Group in Parramatta and Soho Village in Victoria.

Attended by 350 of the industry’s top movers and shakers, and hosted by award-winning comedian Matt Okine, the awards were held at the Royal International Convention Centre in Brisbane.

Greg Pickering, Chief Executive Officer of Mounties Group said he is thrilled with the result which recognises the amount of planning, hard work and effort that has gone into the $200 million development which is a first of its kind in Australia.

“Our focus was to deliver a thriving, intergenerational precinct that brings together people of all ages, so it’s really encouraging that the judges specifically acknowledged the unique ‘whole-of-life approach’ of the development,” he said.

“The new Harbord Diggers was the result of more than 10 years of planning and development and I would like to acknowledge all who have worked tirelessly to deliver an award-winning venue. In particular Mounties Group acknowledges the efforts of design architects CHROFI, Architectus and JMD Design, building and construction firm Ganellen, as well as our interior architects, Fender Katsalidis.

“Venues such as the Diggers which cater to a wide audience, play an important role in reducing the risk of social isolation within a community and by providing a facility designed for multiple generations, we are quickly seeing evidence of this.”

Stage One, which was launched on June 30, features seniors living, children’s early education, indoor and outdoor entertainment spaces, a child’s play area as well as three restaurants and a café.

Stage Two, set to open in late 2019, will include a fitness centre and swimming pool, as well as a range of member services.

Membership of the new Harbord Diggers has surged by over 20,000 in the first two months of trade, signalling the popularity of the award-winning design, combined with the club’s breathtaking coastal headland location.