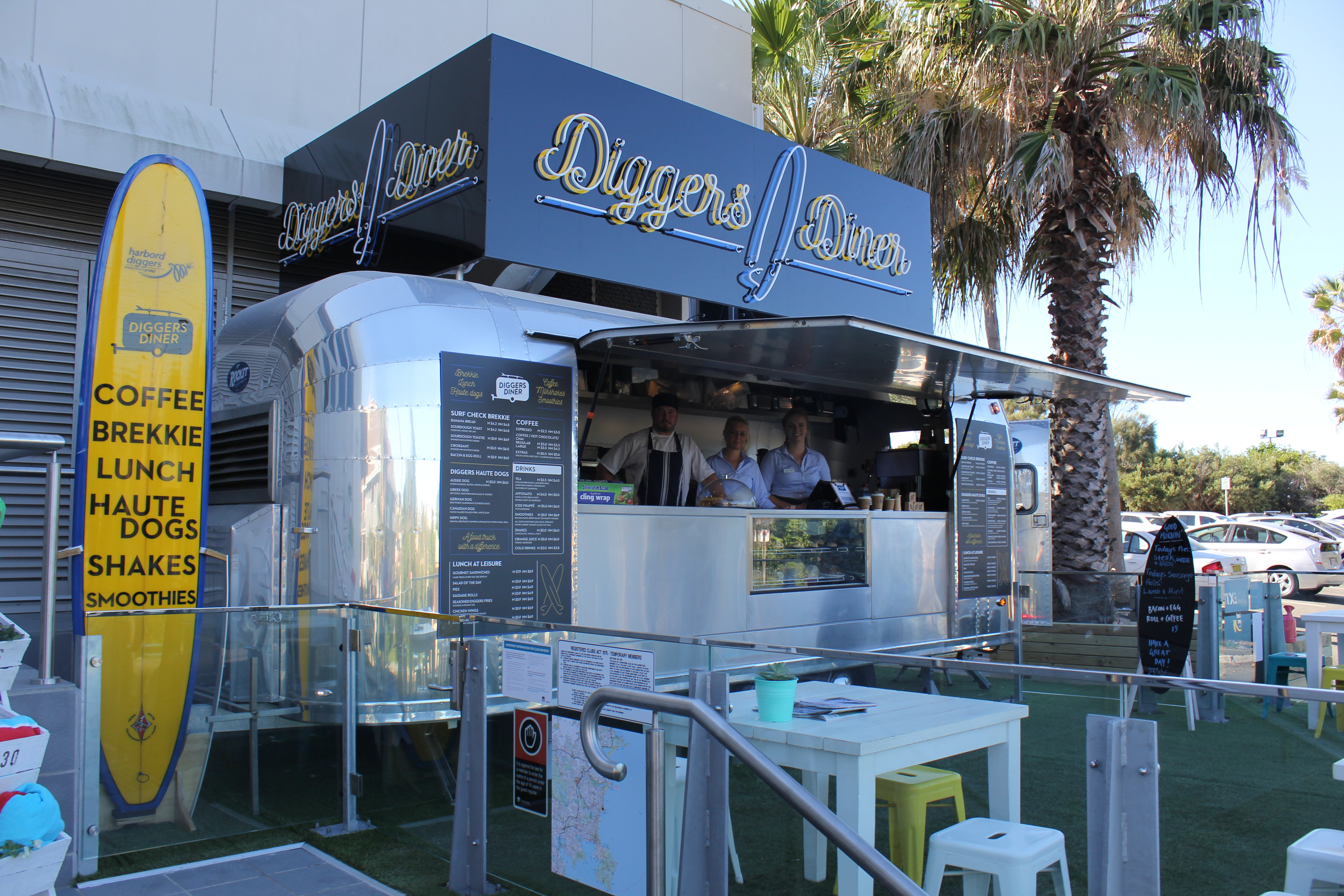 Recognised as one of the most iconic clubs in Sydney, Harbord Diggers has recently launched its new look temporary venue, in operation while the redevelopment of the future intergenerational club takes place. What is most interesting about the new look Diggers is the hidden details and scattered tributes that pay homage to the club’s fascinating history and connection to the local community.

Harbord Diggers enjoys a rich Australian history and it was only fitting that their temporary club facilities, launched in April, include a number of subtle references to the Diggers’ legacy.

“When we were planning our temporary club it was all about providing a taste of what was to come, but what we also wanted to include was a few charming references of where we have been,” explained Harbord Diggers General Manager, Dale Hunt.

“The Harbord Diggers temporary venue has a number of special tributes that most people may never notice, but which we certainly know are there,” he added.

One of these hidden secrets is the keg which stands in the club’s new surf garden - a tribute to the many challenges the club has overcome, particularly when Harbord Diggers was refused a liquor licence in the 1950s.

“The club’s early founders gave away beer and raised funds through renting of the glasses from which the members drank,” added Mr Hunt.

Another hidden gem is the garden boxes adorned at the club’s entry wall. These are no ordinary boxes, they are in fact ammunition boxes that pay tribute to the founders of the club and all those who served and continue to serve our country.

“When designing our new look club we also made choices based on the story they can tell of our history. For instance the wall lights in our rooftop bar and restaurant, Gio are a modern interpretation of the eternal flame, and the Diggers Diner caravan located on Evans Street was chosen due to its unique character that we saw as a reflection of an original army hut,” said Mr Hunt.

In addition to all those hidden features that pay homage to the club’s history, the team behind the development of the temporary venue were also handpicked.

“When we decided to build an innovative temporary venue we wanted to ensure it was done right and championed all those fantastic local people who are the very best in their field and who understand that the Diggers is not just another building.

“From engineer to interior designer, from gardener to pickler and from barista to bread maker, the Diggers is a place of people who are proud in what they do and who want to deliver the best venue in Australia for all our members and their guests,” concluded Mr Hunt.

To learn more about the hidden secrets of the new look Harbord Diggers temporary club, find ‘Harbord Diggers’ on Facebook and Instagram, or for more on the club visit www.harborddiggers.com.au or phone 9938 1444.

Here’s a list of the hidden secrets of the new look Harbord Diggers:

The vegetable garden on the roof pays tribute to Mounties, the club that even today is so closely surrounded by residential properties that you can still see the neighbour’s vegetable gardens from inside the club

The keg in the Surf Garden is a tribute to overcoming challenges. When Harbord Diggers was refused a liquor licence, the club’s early founders gave away beer and raised funds through the renting of the glasses from which members drank from

Duke Kahanamoku’s surfboard (adorned in Dig Inn) reflects the heritage of Australian surfing that started at the door of Harbord Diggers.

For more information, interviews or photographs: