The Kokoda Spirit Lives on at Harbord Diggers 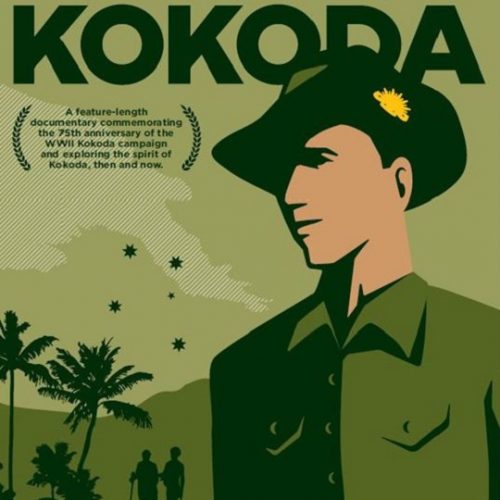 Harbord Diggers is set to commemorate our brave Diggers who fought at the Kokoda campaign during WWII with a special world premiere screening of Kokoda...The Spirit Lives. The iconic Freshwater club will host this documentary screening at its rooftop restaurant and bar, Gio on Tuesday 29 August at 7.30pm.

Proudly presented by best-selling author and broadcaster, Patrick Lindsay, Kokoda...The Spirit Lives will look at the journey of the ill-fated Australian Militia units who walked the Kokoda track in 1942 and commemorates the 75th anniversary of the WWII Kokoda campaign.

Community members, veterans and their descendants are invited to watch this special modern telling of the Kokoda story at Harbord Diggers. The film depicts the significance of Kokoda in the Pacific War and provides an exploration of the enduring spirit which sustained the Kokoda Diggers and which still inspires Australians today.

“Harbord Diggers is extremely proud of our strong Diggers legacy and we are honoured to be one of a few selected RSL clubs who are screening a world premiere of this important historical documentary,” said Dale Hunt, General Manager of Harbord Diggers.

The documentary will bring the Kokoda story to life through the eyes of those who fought it - Australians, Papua New Guineans and Japanese – drawing from more than 100 participant interviews that Lindsay has conducted over 25 years.

The central narrative will interweave these interviews with historic footage, purpose-shot scene setters, drone vision and CGI illustrations of the Track and the iconic battle sites. “The story of the Kokoda Diggers is such an important and inspirational tale. The Kokoda Diggers who remain are now well into their 90s and it is so important that their legacy lives on through future generations,” Mr Hunt continued.

“This documentary looks at what life was like for those soldiers, telling the story of the Kokoda legend and spirit, exploring the battlefields and assessing the impact their victories had on the outcome of the Second World War.

“Walking the Kokoda track has become a rite of passage for many Australians, both young and old. This film will give locals the chance to experience that trek though the medium of film as it pays tribute to the spirit of the Diggers.

“We hope that community members will come along to this very special screening to learn more about the stories of those who selflessly fought for our freedom and pay respect to this historic legacy,” concluded Mr Hunt.

The screening of Kokoda…The Spirit Lives will screen at Gio at Harbord Diggers on Tuesday 29 August 2017 at 7.30pm.