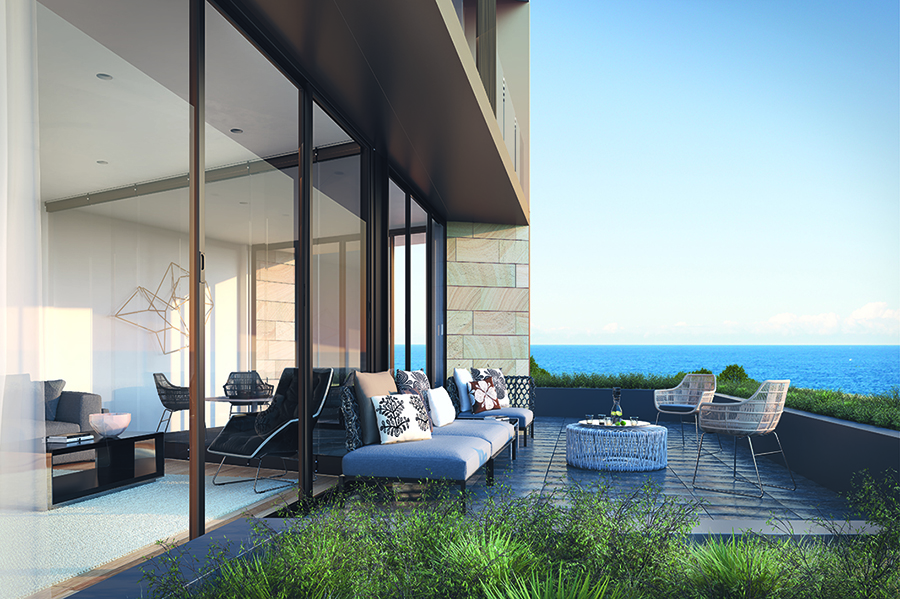 The luxurious appeal of the apartments, which start at $1.10 million, is proving extremely popular amongst local buyers, who consider Watermark Freshwater to be a refreshing change from more traditional retirement communities.

"From my previous experience selling off the plan, it is common practice to sell an average of two to four units per month," said Ms Tillotson.

"Since launching sales in October 2015, we've been selling an average of 11.8 units per month, knocking all expectations out of the park.

"This demonstrates that there is huge demand for high-end retirement communities like Watermark Freshwater. We are catering to active locals who want to enjoy a leisurely lifestyle in an exquisitely designed apartment, with access to all the facilities you would need at your doorstep," concluded Carolyn.

Long-term residents of Manly, Bert and Jan van den Broek, are amongst those who have purchased a Watermark Freshwater apartment, citing the modern architecture and community environment as key influencers in their decision.

"The essential criteria we were looking for included spacious, modern accommodation, a location close to the beach with good access to transport and other services - as well as an opportunity to become part of an active community," said the van den Broeks.

"We have followed the Diggers' development closely and have been impressed with the club’s emphasis on quality accommodation, community involvement and participation.

"We are looking forward to moving into our new apartment at Watermark Freshwater and to becoming part of a new vibrant community," they added.
With further development activity to commence from April, interested parties are encouraged to make a move to avoid missing out.

For more information on Watermark Freshwater visit www.watermarkfreshwater.com.au or phone 1800 550 327.