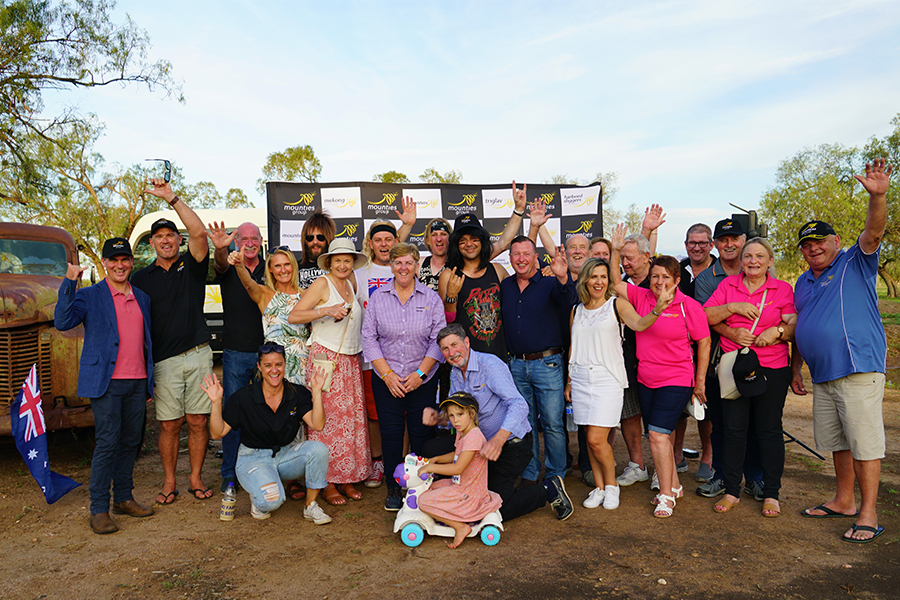 Mounties Group chief executive Dale Hunt said their $140,000 fire and drought relief mission in the Bellata region was a way to revitalise community spirit as much as make a difference to the local economy through local spending and donations.

In short, this was more than just writing a cheque. It was about helping the entire Narrabri council region - which extends north to Bellata, west to Pilliga and south to Boggabri, suffering through drought and bushfires.

A relief team of Mounties Group staff delivered funds, services and products to the drought and bushfire-affected town of Bellata in Northern NSW during the Australia Day long weekend.

Their efforts culminated in a community event at the Bellata Golf Club on Australia Day, aptly titled 'Beers in Bellata', where almost 300 people turned out for live entertainment, food stalls and other activities funded and serviced by Mounties Group. Former X-Factor finalist and country singer Jason Owen headlined the entertainment performing some Australian hits while also handing out back-to-school packs to local kids during his set.

The region, which is blessed with wheat farms and olive groves that are strong contributors to Australia's domestic exports, has recorded less than 200 millimetres of rain in the last 12 months, watched more than 18,000 hectares of land burn after lightning strikes in October and is still fighting bushfires in the nearby Kaputar National Park.

"The Bellata region used to boast a population of 600, however due to the effects of drought and fire the township is now home to just 186 residents," Mr Hunt said.

"Our plans were three-fold - we wanted to bring much-needed supplies to the town, support local businesses and host an event for the community where we organised entertainment, food and drinks so the venue could put on a great afternoon.

"It was important to us that we didn't just pledge a donation - we wanted to be on the ground in the township and personally deliver the donations and be a part of the special event. We needed to let the community know they are not forgotten.

"This was such a thrill to be a part of - not only was it fantastic to provide assistance at a time where it is desperately necessary, but we also gained a greater understanding and appreciation of the work our farmers do and the conditions they do it in."

As part of their visit, Mounties Group relief team brought books, toys, non-perishable supplies and water donated by members of the Sydney club community. They also partnered with CareFlight to ensure medical professionals would be on hand to provide timely and important medical advice.

CareFlight CEO Mick Frewen said: "It's great to have a chance, working with our sponsors Mounties, to help the community in a meaningful way."

Mounties Group president Kevin Ingram said their hearts go out to the farmers in regional NSW and beyond.

"The agricultural industry is said to be the backbone of this country. It was great to see so many people join us on the ground in support of this event," he said.

More than $60,000 will be further injected into the local economy as Mounties Group purchased a $1000 gift card for every household to be used within the community through the 'Why Leave Town' program - a council initiative which encourages local spending.