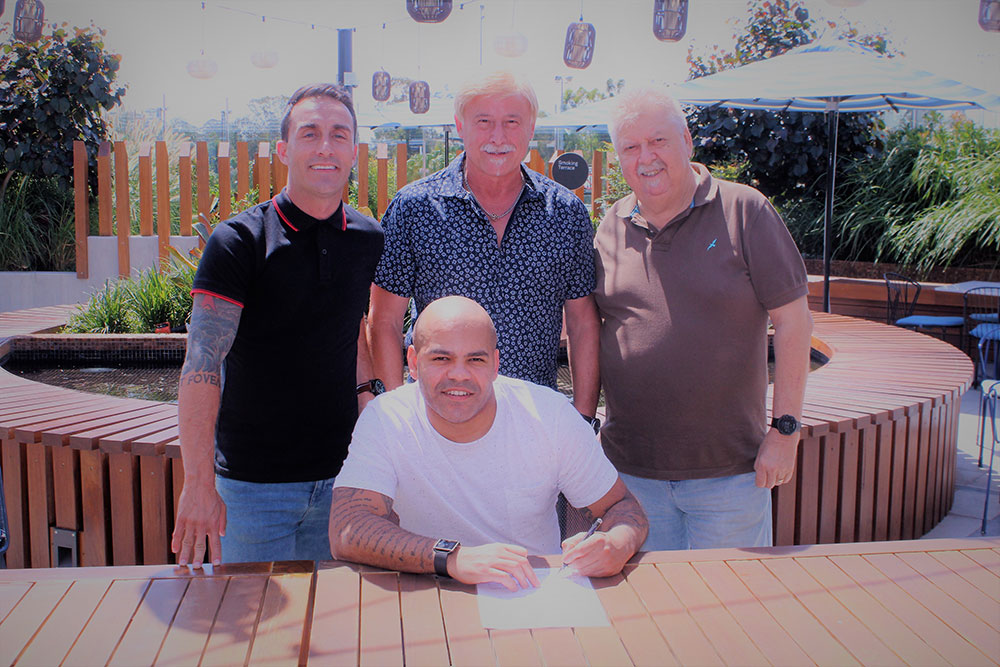 Mounties Wanderers FC in conjunction with Integrated Football Management are delighted to officially announce Kevin Harper as Seniors Technical Director of the club, including head coach of both 1st Grade and the under 18's Squads. The former English Premier League, Championship, Scottish Premier League and Scotland under 21 international footballer turned UEFA licenced Coach, has signed a two year deal beginning from the 2018 season with the NSW NPL 2 team.

Kevin, 41, who arrived in Sydney on Monday 2 January 2018 had a decorated playing career after making his professional debut for Hibernian at only 17 years of age. Throughout his career, he played for Portsmouth as well as Norwich City, Leicester City, Stoke City, Derby County, Walsall, Carlisle United and Dunfermline Athletic; Kevin was also a Scotland youth international, scoring 4 goals in 7 appearances for his country. Kevin has coached at Stoke City in England and Hibernian, Dunfermline Athletic and Airdronians in Scotland.

During his playing career he was influenced by some of the most forward thinking coaches in Scottish and English football, such as Harry Redknapp, Tony Pulis, Jim Smith and also worked under ex England manager Steve McLaren.

‘’I am looking forward to joining the club and working with Charles, Glen and the Mounties Group in fulfilling the aspirations of both the board and the players and, to bring success whilst also developing a structured pathway for the players in the several teams throughout the club to progress through to the 1st Grade Squad. I cannot wait to get started and meet all the players and other coaches within the club to pass on my extensive knowledge and help them improve and develop their talent’’ said Kevin Harper.