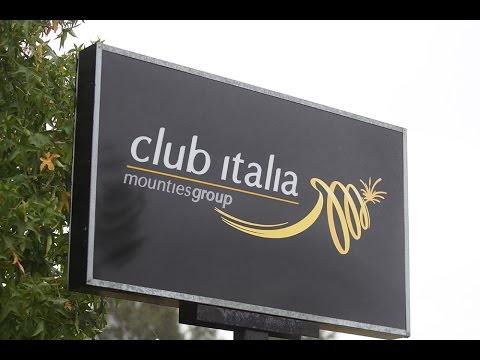 Julia Musico and Natalie Herranz each received a scholarship valued at $10,000 towards their full-time undergraduate studies.

The Club Italia Mounties Scholarship Program is awarded on the basis of academic merit, achievement in other areas such as community volunteering and co-curricular activities and financial hardship.

The scholarships were presented by Ben Sonego, President of Club Italia together with John Dean and Steve Fitzpatrick, Vice Presidents of Mounties Group on Sunday, 4 August at Club Italia.

Julia Musico’s successes extend beyond academic achievements, volunteering as a tutor and caretaker for elders during her spare time. Julia is undertaking a Bachelor of Applied Science (Speech Therapy) at the University of Sydney.

Natalie Herranz has excelled in sports and public speaking and was recognised as Student Volunteer of the Year in 2016 by the NSW Government. Natalie is undertaking a Bachelor of Arts/Bachelor of Social Works (Honours) at the University of New South Wales.

Ben Sonego said that Fogolar Furlan Sydney, Abruzzi Sports Club and The Veneto Club of Sydney amalgamated to form Club Italia, and the University Scholarship Program – created as a Legacy to the club’s founding members – has been 15 years in the making. .

“Educating our youth is the most important policy a Nation and any Organisation can undertake because it develops our future leaders who will continue to promote the Italian language, culture and our community’s wellbeing,” said Mr Sonego.

Mr Sonego thanked the Mounties Group Board of Directors, CEO Dale Hunt and Club Italia’s committee for their assistance in establishing the program, and that the  committee is looking to expand the program in the future.

The program is run in cooperation with Fogolar Furlan Sydney, Abruzzi Sports Club and The Veneto Club of Sydney.