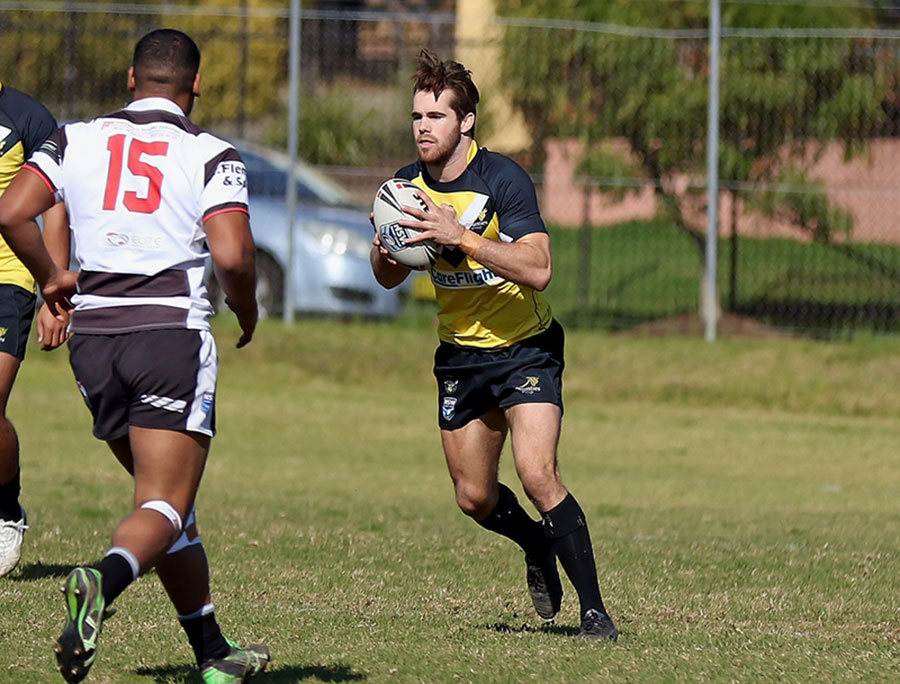 Local rugby league club, Mounties cheered on two of their own as Lou Goodwin, aged 25, and Jordan Martin, aged 21, entered the live finale up against Chris Hyde, a hooker from Macquarie.

Tensions were high as the final thee were taken down to two, with both Lou and Jordan in contention for the win.

Lou, who has played in the black and gold of Mounties for the past two years and Jordan who joined the side this year, were chosen from more than 1,200 players from around the world who has applied for the show.

Lou has been brought up with the code in his blood, with his respective father Matt Goodwin, a former Penrith Panther, making a successful league career at the top level in the late ‘80s and early ‘90s.

Lou said he was grateful for the opportunity to compete on The NRL Rookie and hoped he had done his club proud during his time on the show. Lou is looking forward to the journey ahead of him and is excited for the next stage of his football career with the Canberra Raiders, who signed him up following the announcement

Steve Litvensky, Rugby League Football Manager at Mounties Group, said, “We are very proud of Lou for taking out the inaugural NRL Rookie last night. He has shown consistency in skill and dedication to the game during the series.

“As a community, we watched intently as the winner was announced, and thankfully a Mounties’ hero was crowned. We wish him the best of luck with his career at the Canberra Raiders”, Litvensky added.

Since the first episode of The NRL Rookie aired on 31 May, Lou emerged as early favourite, catching the attention of former Australian rugby league captain and NRL Rookie Head Coach, Brad Fittler and his support staff.